In yet another attempt to find yummy ways to use up all this wild duck (the duck pastrami was a complete bust, but I'm planning another attempt soon!), I made potstickers. The recipe I used called for grinding the raw breast meat, but since I don't have a grinder that will tackle such a task, I made some alterations.

First, I braised the boneless, skinless breasts like I did for the shepard's pie. This time, I seasoned the meat with salt, pepper, ginger, & garlic. I still topped them in bacon, sliced onions, & chicken stock, then roasted them (covered) at 400 degrees for 15 minutes & for an additional 40 minutes at 300 degrees. Afterwards, I let the meat cool before shredding it.

I made the filling by mixing the cooked meat & bacon with scallion, carrot, ginger, garlic, soy, & pepper in a food processor to make a paste.

I will say that I didn't soak the meat in milk (or buttermilk) beforehand, and I could really taste the difference. The filling ended up tasting very livery, which is not something I really liked. However, if you like that sort of thing, you're sure to love these...they were rich and meaty. Next time--and every time I use wild duck from now on--I'll be sure to give them a milk bath to cut back on the gamey flavor. That being said, I will try this recipe again! 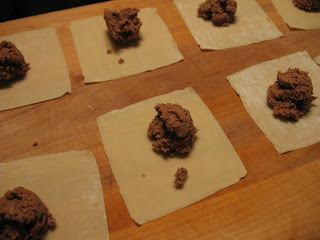 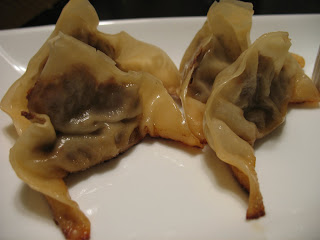 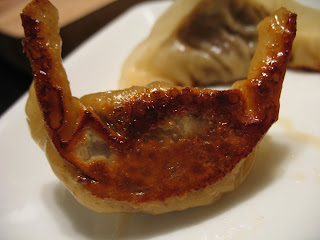 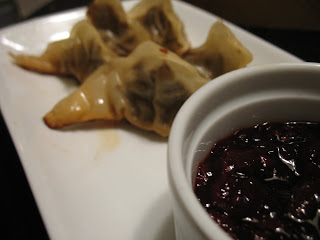 Your potstickers look delicious and i love the cherry dipping sauce

For a pot sticker filling a food processor works fine as a substitute for a meat grinder.