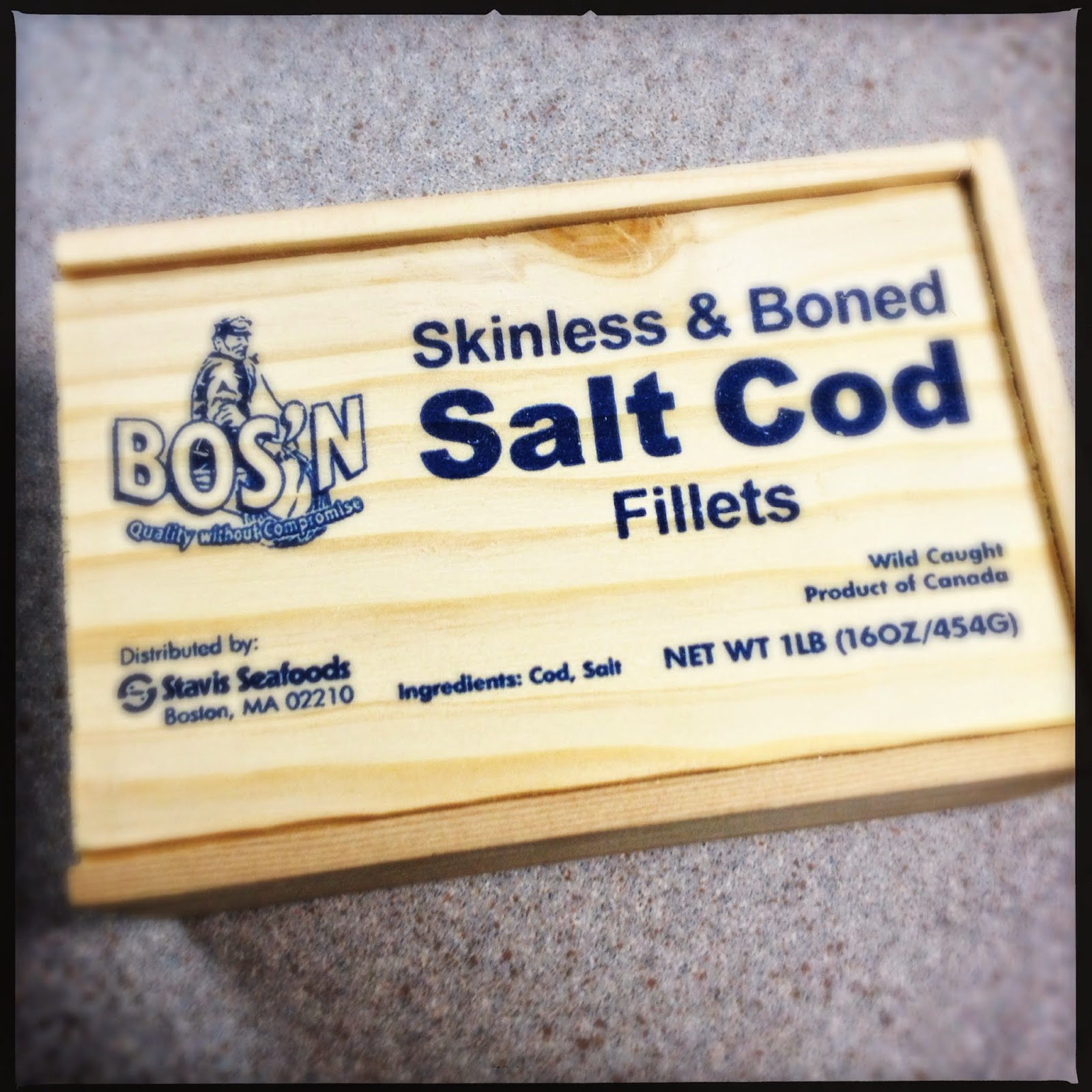 Salt cod is cod fish that has been preserved by drying and salting. Before it can be used, salt cod must be either soaked in cold water for a few days, changing the water two to three times a day, or boiled to rehydrate and remove some of the salt.

It is most commonly used in brandade, a French gratin of mashed potatoes mixed with salt cod, garlic, and olive oil (which is smeared on bread and is heavenly); with ackee fruit in the national dish of Jamaica; in New England fish cakes; in a casserole with potatoes & onions; or battered & fried (as I did).


This is not a gratuitous comparison. As Harold McGee writes in his encyclopedic work of food science, On Food and Cooking:

The best of these [salted fish] are the piscatory equivalent of salt-cured hams.

In both, salt buys time for transformation: it preserves them long and gently enough for enzymes of both fish and harmless salt-tolerant bacteria to break down flavorless proteins and fats into savory fragments, which then react further to create flavors of great complexity.

I made these fritters in a Girls' Night Out cooking class that I taught on Friday. Having never seen, used, or eaten salt cod before, most of the women in class were skeptical. However, this recipe was a hit! 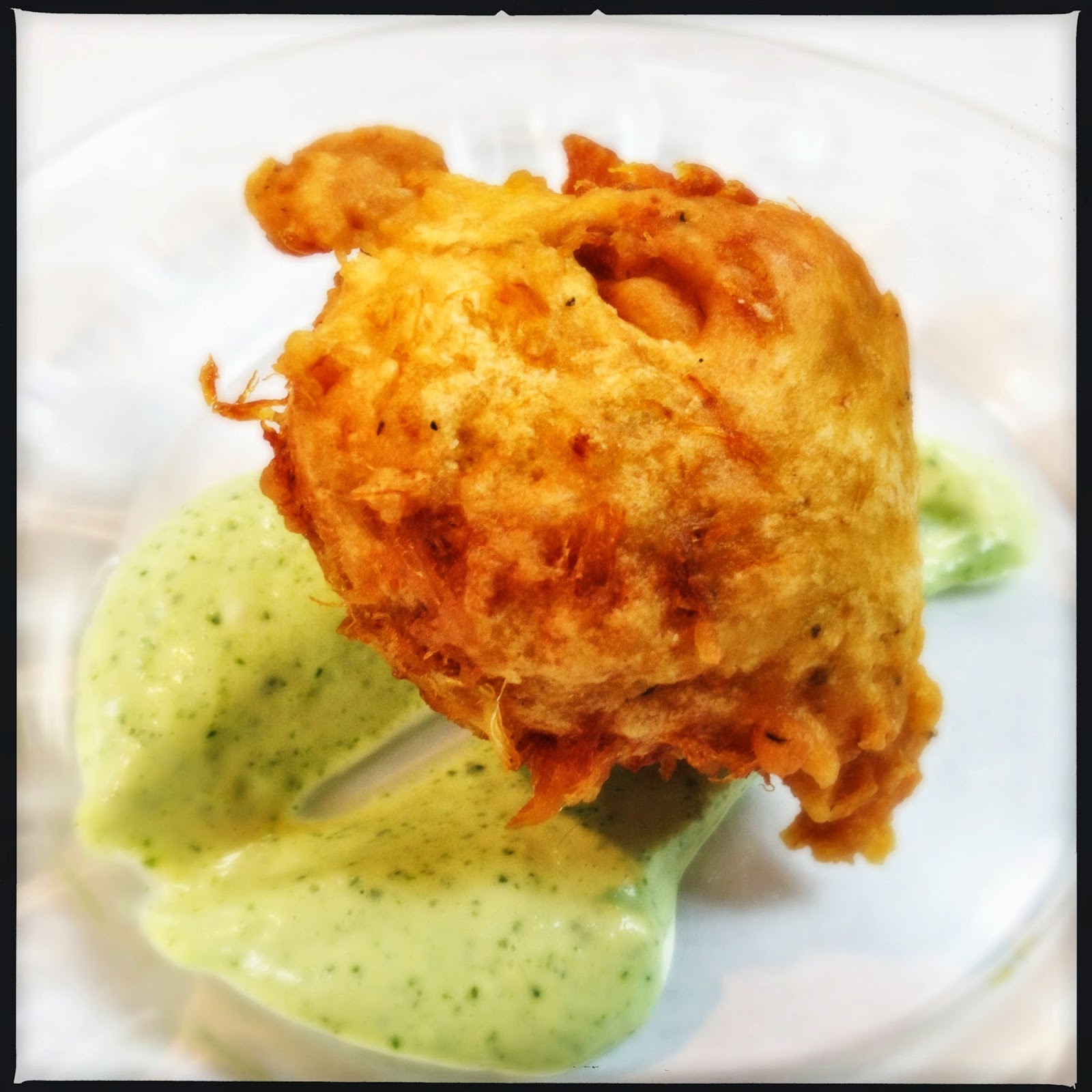 A couple weeks ago, I was invited to preview the reimagined menu at The Grill at the Ritz-Carlton in St. Louis. The Grill chef, Damien Faure (who, incidentally, is married to Simone Faure of La Patisserie Chouquette) has designed a menu highlighted by "traditional as well as communal and shared plates [...] along with classic house-made desserts, signature beverage creations, and an innovative Infused Oil offering." Guests can personalize their menu selections with a variety of house-infused oils. Flavors include lemon verbena & avocado, black garlic & herb, bacon & porcini mushroom, purple basil & brandywine tomato, black truffle, and spring onion & chipotle.

Before dinner, we sampled a few of The Ritz signature cocktails.  Why am I not having cocktails at The Ritz Lobby Lounge on a regular basis? They have like a gillion kind of martinis. My favorite was the Blackberry Thyme Margarita: "Sauza Blue, Cointreau, Fresh Lime Juice, Muddled Thyme, House Made Blackberry Simple Syrup, Blackberries." 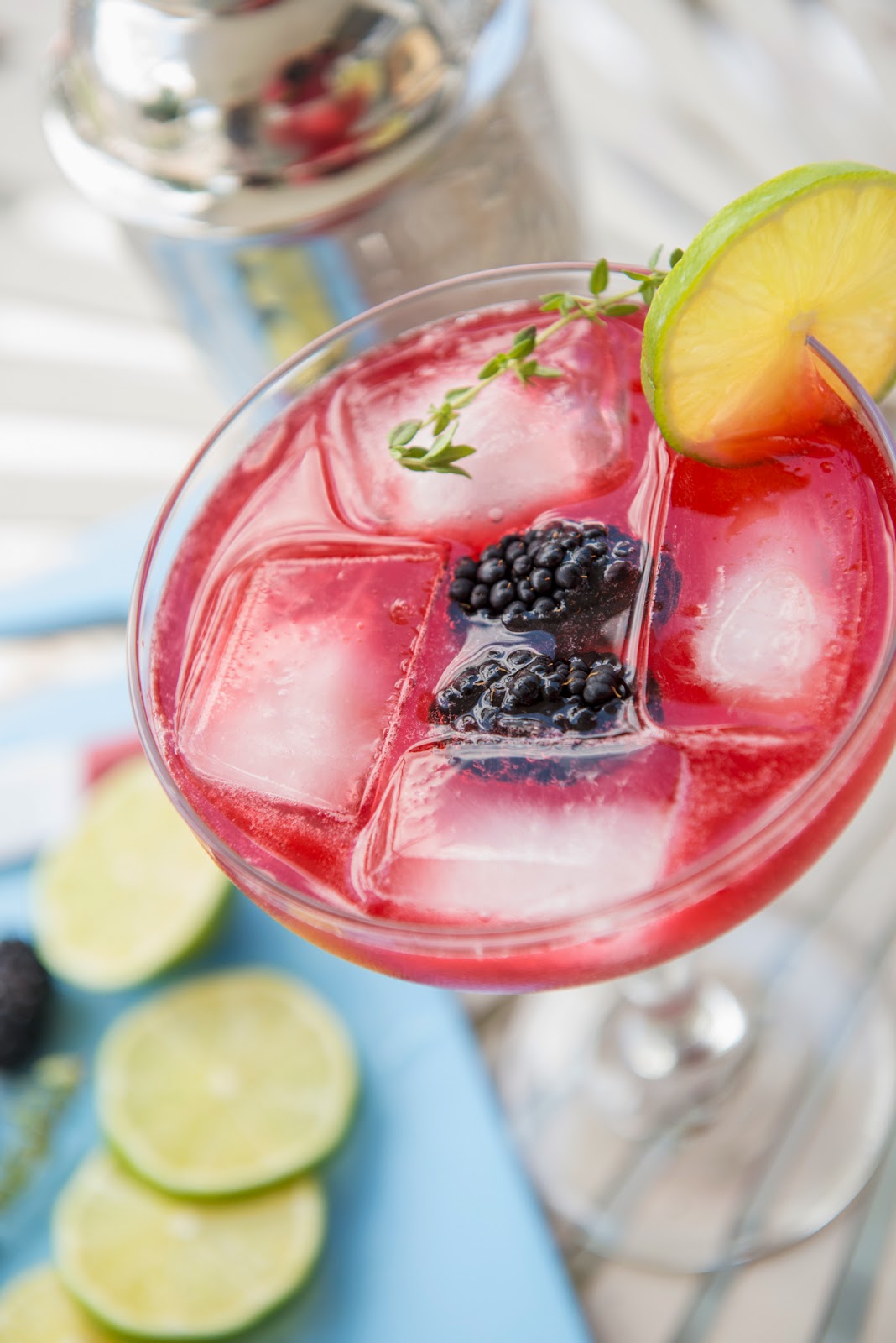 Read the rest of this post -->
at 9:54 AM 0 comments
Labels: beverages, booze, CW photography, summer