Cooler temperatures have finally arrived in St. Louis. Up until this week, it's been so warm I am still picking sungolds from our garden and a tiny pink rose is blooming in our backyard. Nevertheless, a chill is in the air and we've had to turn on the heat. And, around here that means 'tis the season for comfort foods...hearty breakfasts, soups, roasts, casseroles, pastas...
And, man, do I need some comfort! We've had some very sad & upsetting things happening in our extended family. I won't go into details here, but it boils down to some all out fucking batshit craziness. Nothing is as it was seven months ago. Our hearts are broken.
But, all the drama just makes me appreciative of the good things in my life. Jerad and I are sticking together through this, stronger than ever. We are making big plans for our new little family. We have fantastic friends who are supporting and encouraging us. Our jobs are both going well. We finally got our 100-year-old wooden house painted and are in the middle of building a new front porch (it was literally falling down).
Of course, through it all, we continue to eat well. I still believe that you cannot live well if you have not dined well. To promote such wellness, Jerad recently made these tacos for dinner.
Chorizo, Potato, and Mushroom Tacos
from Rick Bayless's Mexican Everyday 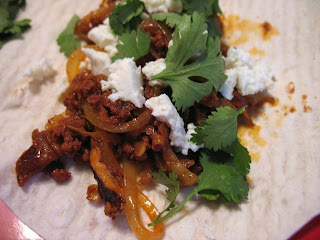 October 1, sunrise: Sixty seconds into deer season this year, our friend Carl shot a doe with a bow & arrow. 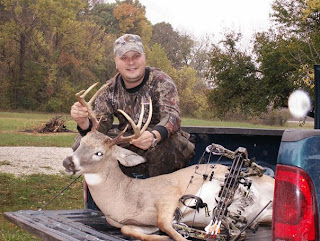 This is NOT the deer Carl shot this year. I snagged this from his Facebook page. Being a deer hunter, duck hunter, & fisherman, he has A LOT of dead animal pics on there.

Before I was with Jerad, I thought hunting was pretty brutal. Plus, I didn't like eating venison at all. But, I've accepted hunting...I've even watched a deer being dressed & numerous birds (ducks, geese, doves) being cleaned. It wasn't nearly as gross as I'd expected. I've also discovered that venison, particularly the backstrap, is tender & tasty. It is so similar to beef that it's hard to tell the difference when you're eating a good cut, especially meat from a two- to three-year-old doe.

A "backstrap" is essentially the same cut as filet mignon; it's a muscle from the lower back that runs along the spine. It looks like beef--bright red & lean--smells like beef, and tastes like beef. You cook it exactly as you would a whole filet.

THANK YOU to everyone who's been voting for me in Project Food Blog. I didn't make it to round 4, but that's okay. I wasn't happy with my last post, so I wasn't surprised by the results. You see, I had people over on Saturday for my "luxury dinner party," drank too much champagne since I was celebrating my birthday, & woke up too late on Sunday (the day the post was due). I spend the entire day nursing a headache, editing pictures, and writing the post. I knew something was missing; it just didn't feel complete. But, since the deadline was looming, I submitted what I had. Of course, the next day I thought of a few other things I could have added to the post to make it better.
Nevertheless, I'd planned ahead just in case I did make it to the next round...which was a photo challenge. I actually made couscous-stuffed whole branzino last Monday, but I wasn't impressed with my photos or the recipe itself. So, I had an idea to make homemade dog treats and let my pups "help." My friend Corey was kind enough to take some photos while we were cooking.
Don’t let his big brown eyes & floppy ears fool you; Arlo’s kind of a pain in the ass. In fact, right at this moment his barking his head off in my ear at nothing in particular. At least he’s not chewing something up. Like my shoes, FIVE pairs of which he’s already destroyed. 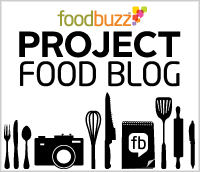 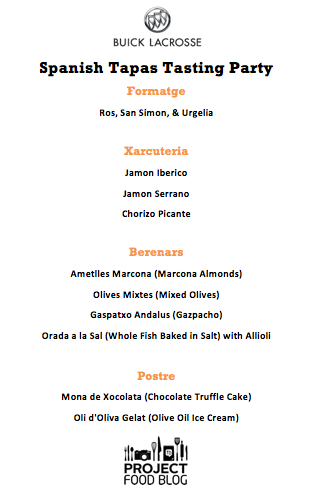