Eating (and Drinking) In Montreal 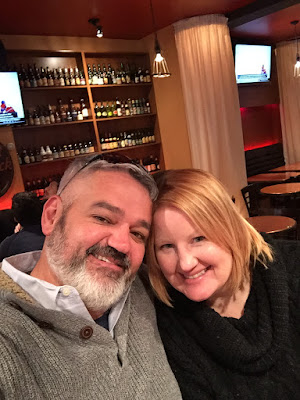 We spent Easter weekend in Montreal, thanks to Nick who gave me the trip as a Christmas gift. Our reason for going was two-fold: To get my first passport stamp and to eat. Specifically, to eat at Joe Beef. Nick booked the flights, our hotel room, and made dinner reservations for Friday night. The rest of the planning was up to me.

I did a lot of research before our trip. I annotated a travel book, read the Joe Beef cookbook, watched all of the food shows that featured Montreal, spent hours browsing online, and had dinner with some friends from Montreal to get the scoop. There is so much to do in Montreal, and I knew we couldn’t fit it all into just three days, so we tried to hit all the highlights. We didn’t go to any museums or whatnot; our itinerary was full of eating and drinking.

Day One: On Friday, we walked 2+ miles, uphill, in the snow (literally) to have breakfast poutine at L'Oeufrier. Nick ordered the “ménage à trois” (with chorizo, Italian sausage, and pork sausage) because he could pronounce it in French. Funny guy. I chose the “La du Canard SVP!” (that means s’il vous plaît or “if you please”...thanks to Nick for teaching me that one) with duck confit, caramelized onions, and mushrooms.

Then, we walked a couple blocks over to Dieu Du Ciel for some local beers. I liked everything we tried (mostly stouts and dark beers) and would highly recommend this microbrewery to everyone who visits Montreal and wants to try good local beer in a cool, happening atmosphere. We showed up when they opened, and it was absolutely packed when we left a few hours later. 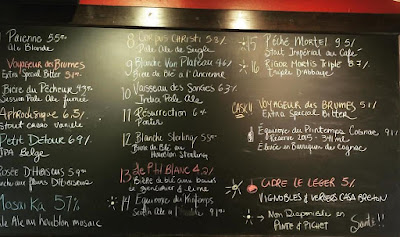 Dinner at Joe Beef that night was incredible and worth every bit of the hype it gets. We were seated at a cozy table in the bay window near the bar. Our server Alexe offered to choose our menu, tastes and smaller portions of different dishes and wines. We gladly accepted her offer. 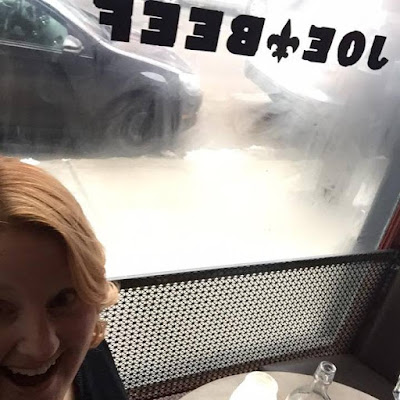 We started with cocktails. Nick ordered the Bloody Caesar that comes “excessively garnished,” and I had a Gin Gimlet. Dinner began with a half dozen oysters, followed by smoked sturgeon croquettes breaded in cornflakes and topped with caviar. Next was a pastrami-style veal tongue topped with escargo and aioli. This was followed by a roasted quail with sweetbreads and mushrooms (my favorite of the night). 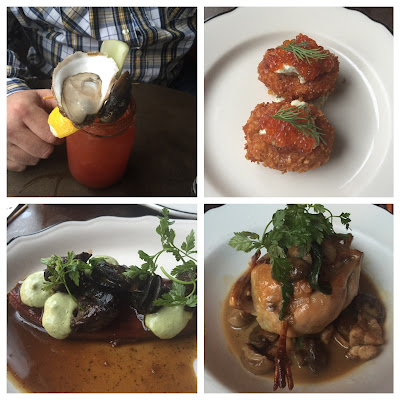 Then, the éclair arrived: puff pastry stuffed with ham and seared foie gras all topped with a melty cheese sauce. It was absolutely over the top. We also tried two pasta dishes, the spaghetti with lobster (one of their most popular entrees) and Polish braised beef with rye pappardelle and mushrooms. They were both excellent, though the creamy lobster sauce was so rich. I wish we hadn’t eaten so much before the beef arrived, because it was damn delicious but at that point I was so full I could only eat a few bites. We ended with vanilla ice cream swirled with lingonberry sorbet and topped with meringue pieces. 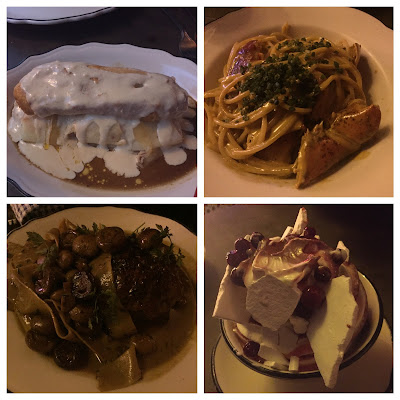 Day Two: We opted to skip an early breakfast and head to Schwartz’s when they opened at 10:30 for an infamous smoked meat sandwich (bread, smoked brisket, yellow mustard). Surprisingly, there was absolutely no line and few people there, so we sat at the counter and were served almost immediately. When we left about a half hour later, the place was filling up. Afterward, we walked directly across the street to The Main Deli to try their smoked meat sandwich, because we were told it was just as good (so, if Schwartz’s has a line, go there). We split a sandwich and ordered the potato verenekes (fried pierogies). 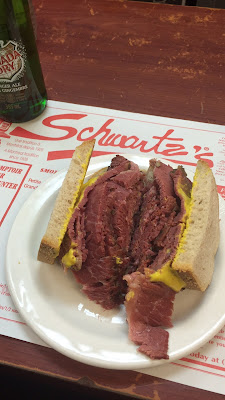 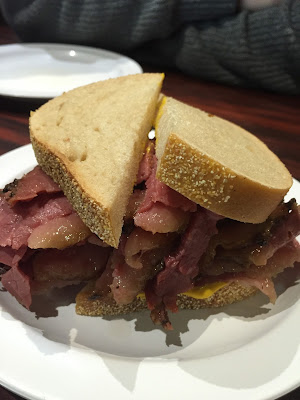 Next, we hit a couple other local microbreweries: Le Saint-Bock and L’amere a boire, which were just a few doors apart. So. Much. Beer.

Dinner that evening was huîtres (oysters), charcuterie, and fromage at La Champagnerie. My favorite was the pickle juice mignonette served with the oysters. Surprisingly tasty! However, the highlight of the night was getting to saber a bottle of champagne. It’s much easier than I expected! The saber isn’t at all sharp. In fact, we were told that you can “saber” a bottle with a butter knife, an iPhone, or even a metal wristwatch! You simple find the seam that runs up and down the bottle, face that part up, loosen the cage, and run the saber across the length of the bottle confidently with one smooth motion. The whole top comes off, glass and all. I was amazed. “Look at that!”

Watch me whack that bottle!

My classes include two new Girls' Night Out menus: French-inspired cuisine on April 23 and a shrimp feast on June 25.

Below is my schedule through June. To register, call Kitchen Conservatory at 314-862-2665 or register online.