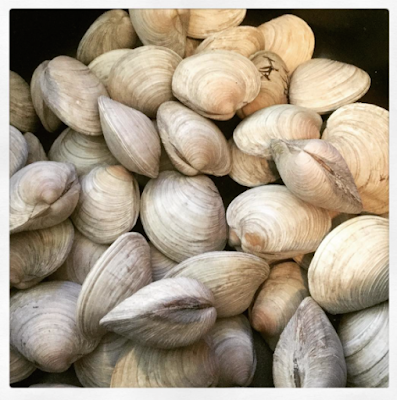 I spend the past week on Manasota Key in Florida. My Aunt Nancy lives there, and for the past four summers I've gone to visit...to chill out by spending time on the beach and eating fresh seafood.

The best dinners out this time were a lobster roll (a crispy bun with lots of lobster meat in a light mayonnaise dressing) from Lock 'N Key restaurant and caught-that-morning-in-the-gulf red snapper (seared and served with green bean almondine and fried plantains) from Beach Road Wine Bar & Bistro. 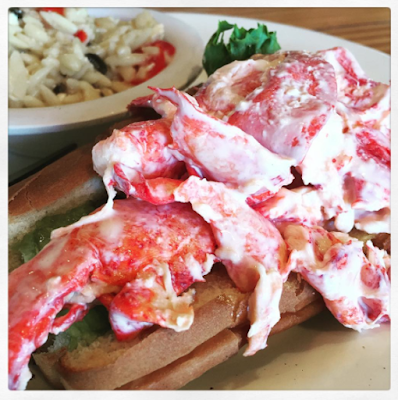 On Thursday, I walked to the little fish market down the road and bought 50 fresh clams for dinner. I specifically wanted to make this recipe...and I'm so glad I did. I plan to make this again at home soon. 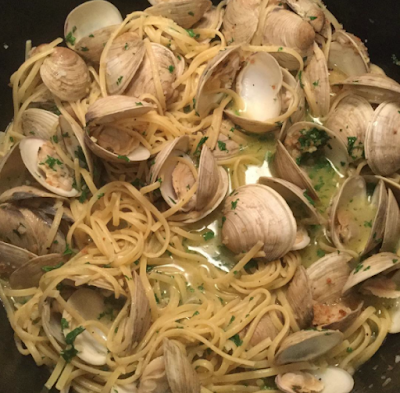