What Momma Used to Make 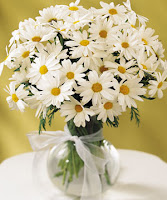 I’ve mentioned before that my mom wasn’t the greatest cook. It’s not that she didn’t cook; it’s just that my dad is a picky eater, so she usually only cooked what he liked. I can count the different meals we ate on both hands: spaghetti, fried potatoes & kielbasa, chili, pot roast, beef stew, pork chops, ham & beans, hamburgers, hot dogs (boiled until we got a microwave, then placed in a bun, rolled in a paper towel, & zapped). Vegetables were always canned, usually peas or corn (creamed corn most of the time). We ate a lot of t.v. dinners, too, because Dad liked them. My favorites were salisbury steak or enchiladas with those little squares of dessert (brownies or cherry pie filling) that got so hot they destroyed your tongue.

One of her most famous family meals we called “Linda’s Goulash,” a whatever-she-could-find-in-the-kitchen casserole...usually made with hamburger that was almost gone-bad, canned tomatoes, & instant rice.

When I think of Mom’s cooking, I think of those recipes you’d find in a school or church fundraiser cookbook: broccoli rice casserole (made with a jar of Cheez Whiz) and creamed beef on toast (which I still crave).

Sometimes, Mom made dishes just for the two of us...since we were the more adventurous eaters in the family. She’d make veggie beef soup, tempura and sweet & sour chicken in her electric wok, or a big pot of freshly picked green beans with ham & potatoes (she’d have to make a separate pot of “creamed” green beans for dad, he who also ate mayonnaise sandwiches and drank buttermilk).

Her lack of cooking was infamous among our family and friends. In fact, we always joked about how she’d won the Betty Crocker award in high school. The punch line? It was a written test. Once, at a wedding shower we were asked to bring our favorite recipes to share with the bride. Mom brought a recipe for margaritas, and no one was at all surprised.

However, my favorite was her tacos...flour tortillas filled with beef & beans then deep fried. I remember, when I was little, driving to another town to buy freshly made tortillas from a Mexican lady. This was before you could them in a grocery store.

On taco nights, Mom would make a big skillet of the filling by simply browning some ground beef then adding cans of refried beans & a package of taco seasoning. I’d sneak spoonfuls of it when no one was looking.

If we were lucky, before she fried up some of the tacos, she’d cut several tortillas into small, chip-sized wedges, fry them in some oil, then set them on the table with a bowl of salsa.

For the tacos, she’d place some of the filling in the middle of a tortilla and fold it over. Then, she’d fry them in a shallow skillet, with just enough hot oil to cover the bottom of the pan, until they were puffed and golden brown on one side. Then, she’d turn them with a pair of tongs and brown the other side. They were served, of course, with all the fixin’s...cheese, lettuce, tomato, sour cream, & salsa.

Growing up, I thought everyone ate tacos like that. When I was invited to a friend’s house for dinner one night, I was disappointed by the packaged corn shells that broke easily and by the bean-less filling made of crumbly ground beef.

About once a year, I make a point to fry up a batch of Mom’s tacos. It’s usually a festive dinner...complete with many margaritas and friends...a stand-around-in-the-kitchen and eat kind of meal.

In case you’ve gotten the wrong impression, let me clarify. Mom wasn’t anti-cooking, nor was she a boozer (though, she did partake in a bourbon & coke from time to time). She was an intellectual (held a master’s degree and kicked everyone’s ass at Trivial Pursuit). She was a professional (high school teacher/assistant principal). She read a lot. She was strong-willed. She was caring and helpful. She was hilariously funny.

I didn’t realize it then, but she was the “cool” mom (as my friends have since told me)...the cool mom who let me eat shrimp cocktail and nachos for dinner with little bottles of Pepsi.
at 8:58 PM
Labels: thinking

How sweet. I love those kind of tacos. Ground beef, a can of refried beans and a package of taco seasoning. Delicious! With all the toppings of course. Glad you still enjoy them!

Aiii, so young. All those pictures, too.

I grew up with tacos just like your mom's (without the beans as I grew allergic to them as a teen). Looking forward to tasting and creating with you in May!

What a great story about your mother.
She sounds lovely.
... and those tacos sound good to me!

Cool she was...I can attest to that. And I crave those tacos. She always made them for our Eastern IL reunions. They were so good. Glad to hear you still make them.

That is so touching, Kelly. Bravo.

Thank you for sharing your mom with us.