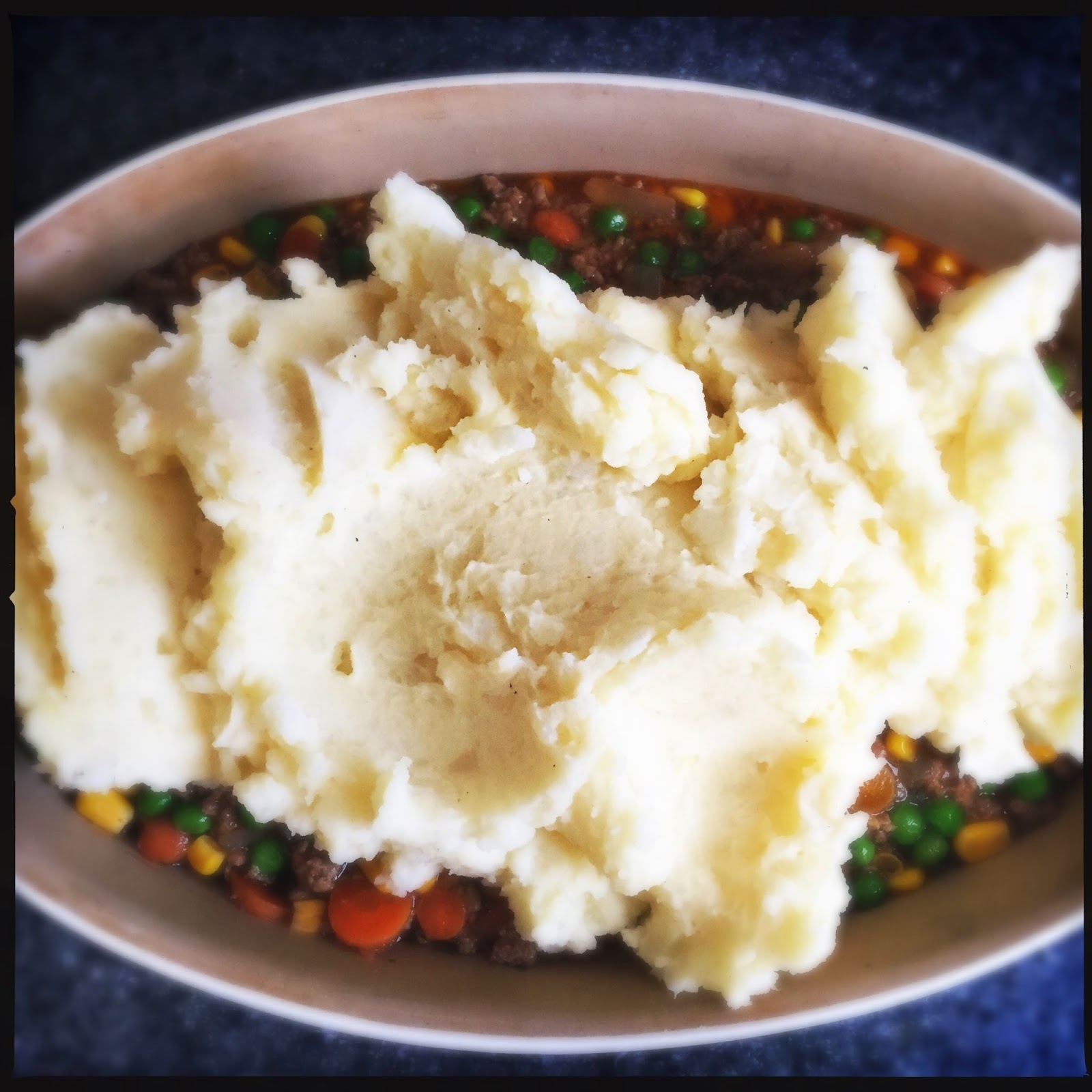 Why have I never made Shepherd's Pie before? I wonder because I made it for dinner on Friday--a cold, rainy Spring evening--and now I want to eat it every day.

Disclaimer: I actually only made this to impress my dead sexy Scottish boyfriend. I think it worked. *fingers crossed*

According to Cook's Info, "Shepherd's Pie probably originated in Scotland and in the north of England. Originally, it was made from chunks of meat, probably leftover from a roast. [...] The dish as we know it, though, couldn't have originated before potatoes became generally accepted in the UK, which wasn't until the end of the 1700s. Before that, the dish--or a very similar one--was made in Scotland but topped with a pastry crust instead of mashed potato. The name [Shepherd's Pie] appeared in the 1870s."

Besides, it's just so Eastery and Springy. A perfect dinner for those chilly April nights. 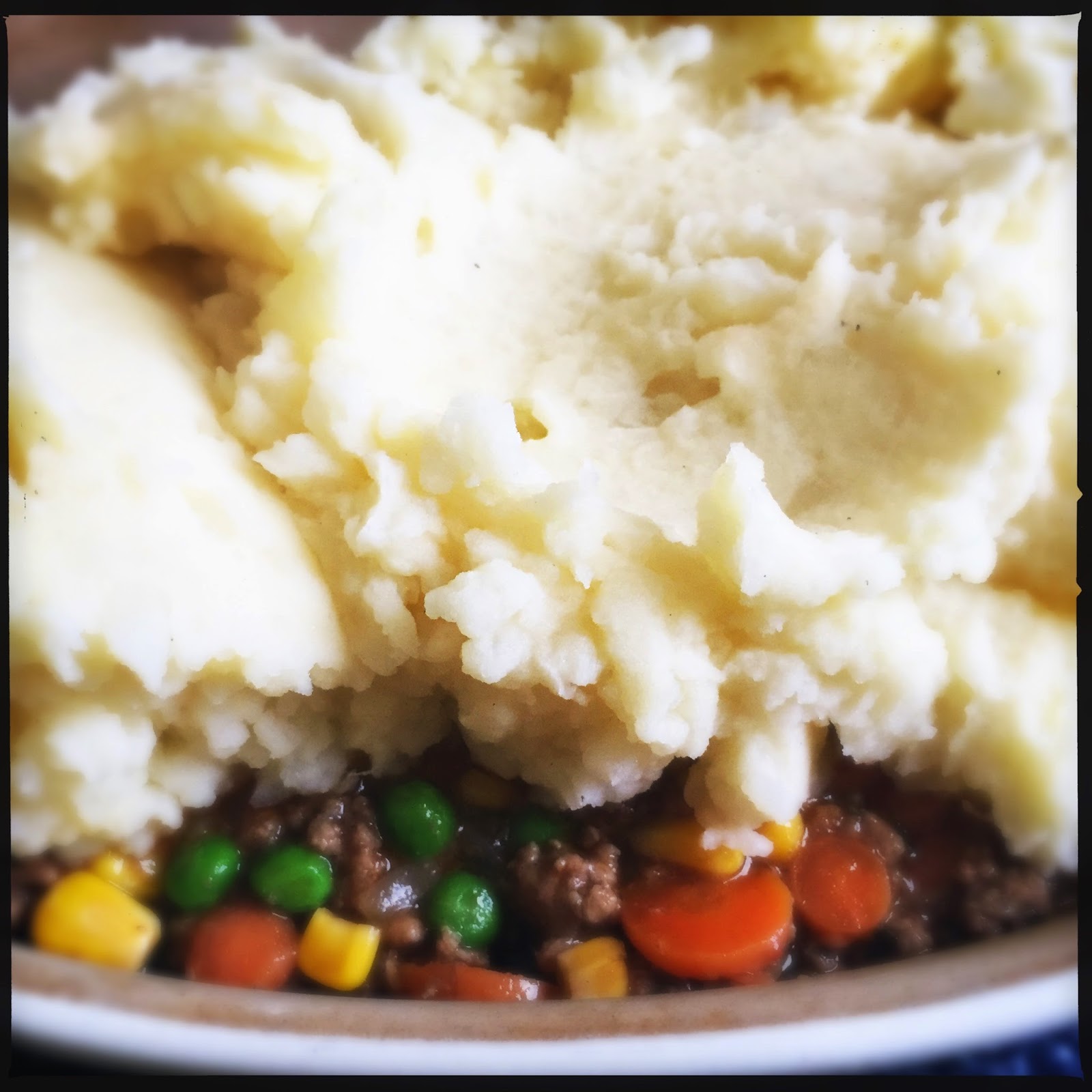 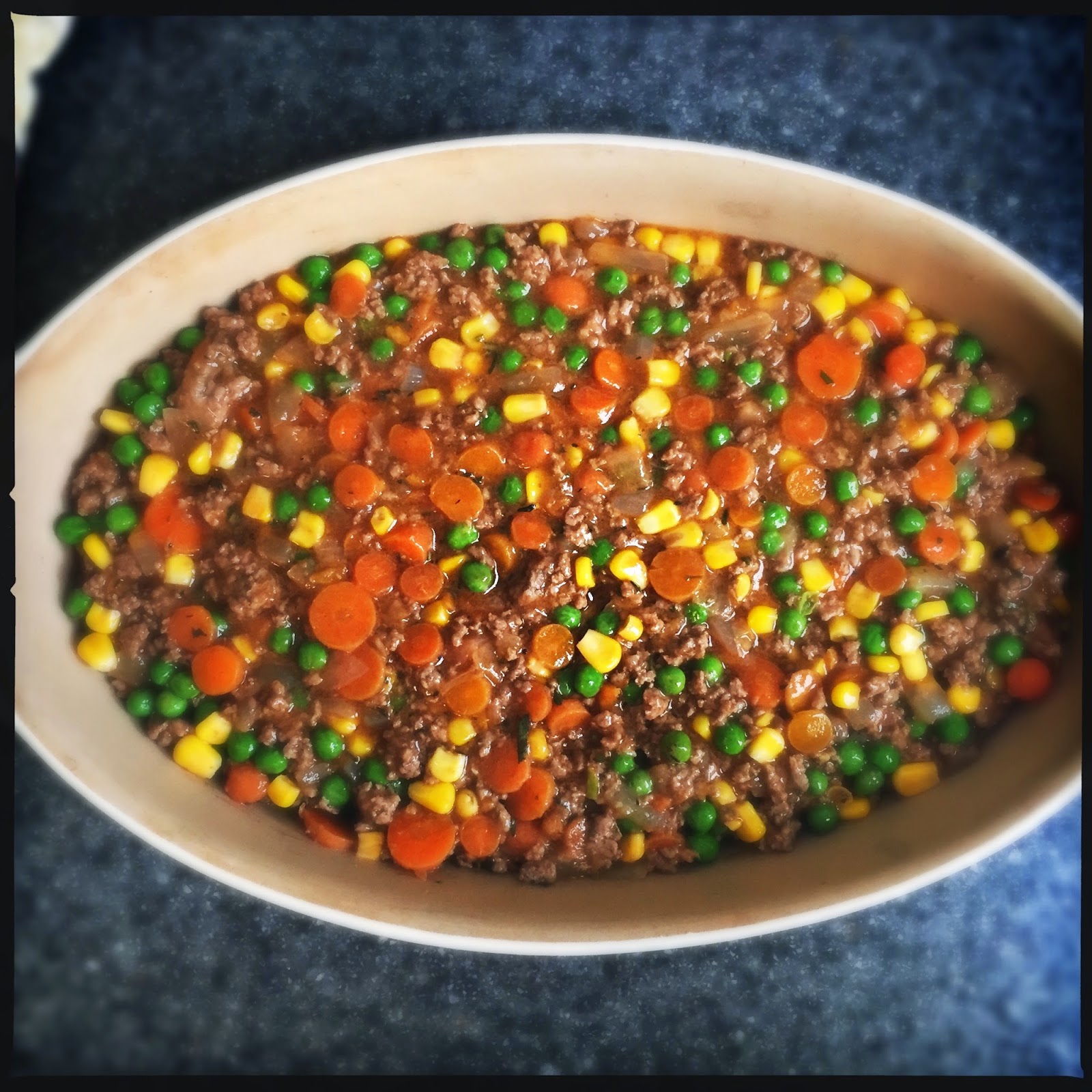 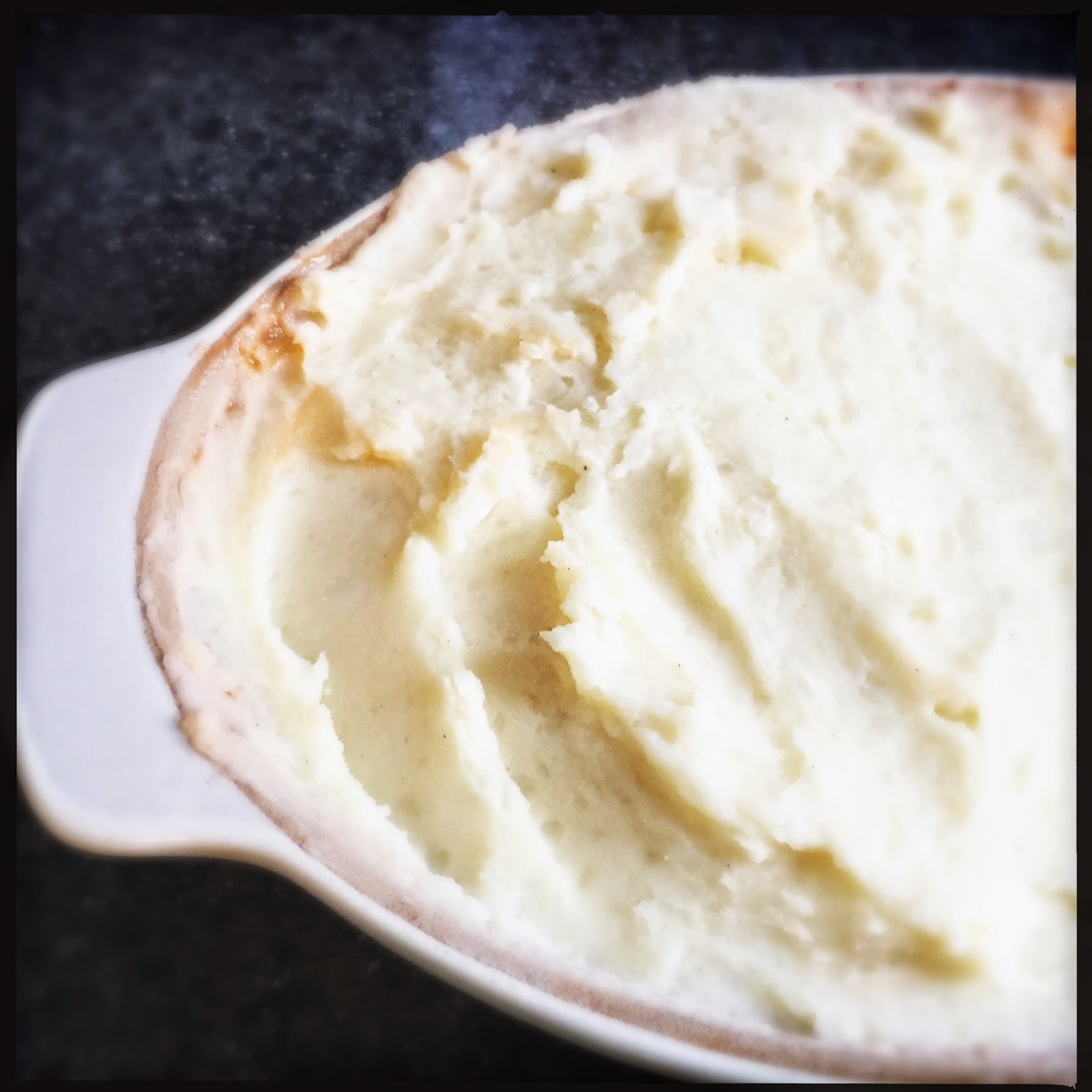