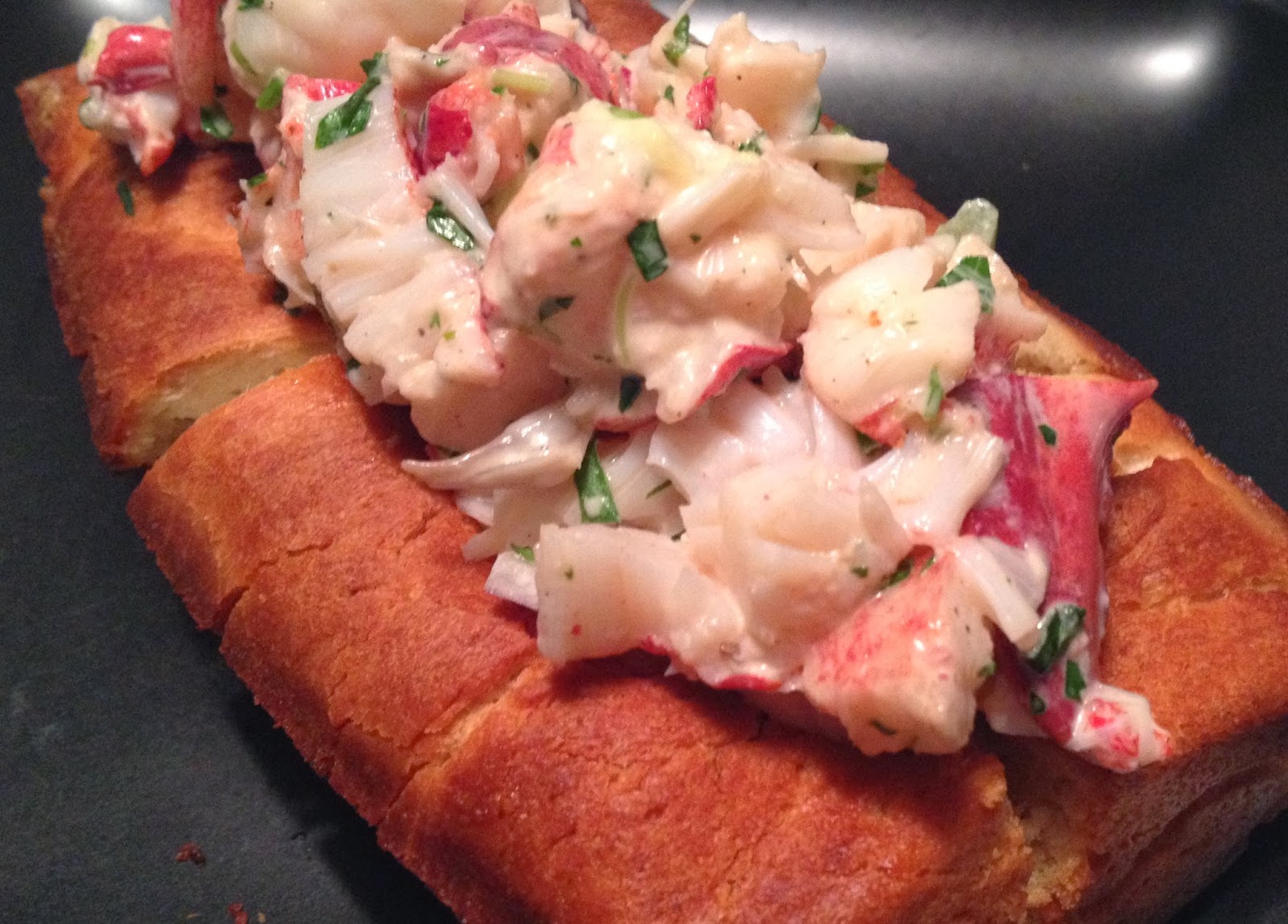 When my friend Theresa came over last month to cook Coq au Riesling with me, we decided to make New England lobster rolls next time. I'd never eaten a real lobster roll, but we agreed that we had to make everything from scratch for it to be authentic--including cooking live lobsters, making mayonnaise for the salad, and baking fresh buns.

Lobster rolls are traditionally served on flat-sided buns that are buttered and toasted. According to the Boston Globe, "Variously called top-sliced, top-loading, or frankfurter roll, the style was developed sometime in the mid- to late ’40s, explains Michael Cornelis, vice president of American Pan, which makes baking pans for the industry. Howard Johnson’s approached J. J. Nissen bakery of Maine to develop a special bun for its fried clam strip sandwich. The restaurant chain wanted top sliced rolls that would stand upright and be easier to prepare, serve, and eat. […] 'Before the New England-style roll,' says Cornelis, 'there was no way to mechanically slice a bun part of the way through. If you wanted a roll pre-sliced, commercial bakers would slice them all the way through. Well, that’s not as happy a hot dog bun.'"

I borrowed Ruth's hot dog bun pan and followed the recipe on the King Arthur Flour website. In the end, they turned out just fine--albeit a little dense. Next time, I would buy good-quality buns (hubba) instead.

The lobster salad, however, was damn delicious.

So, what do you think Theresa and I should cook next month? 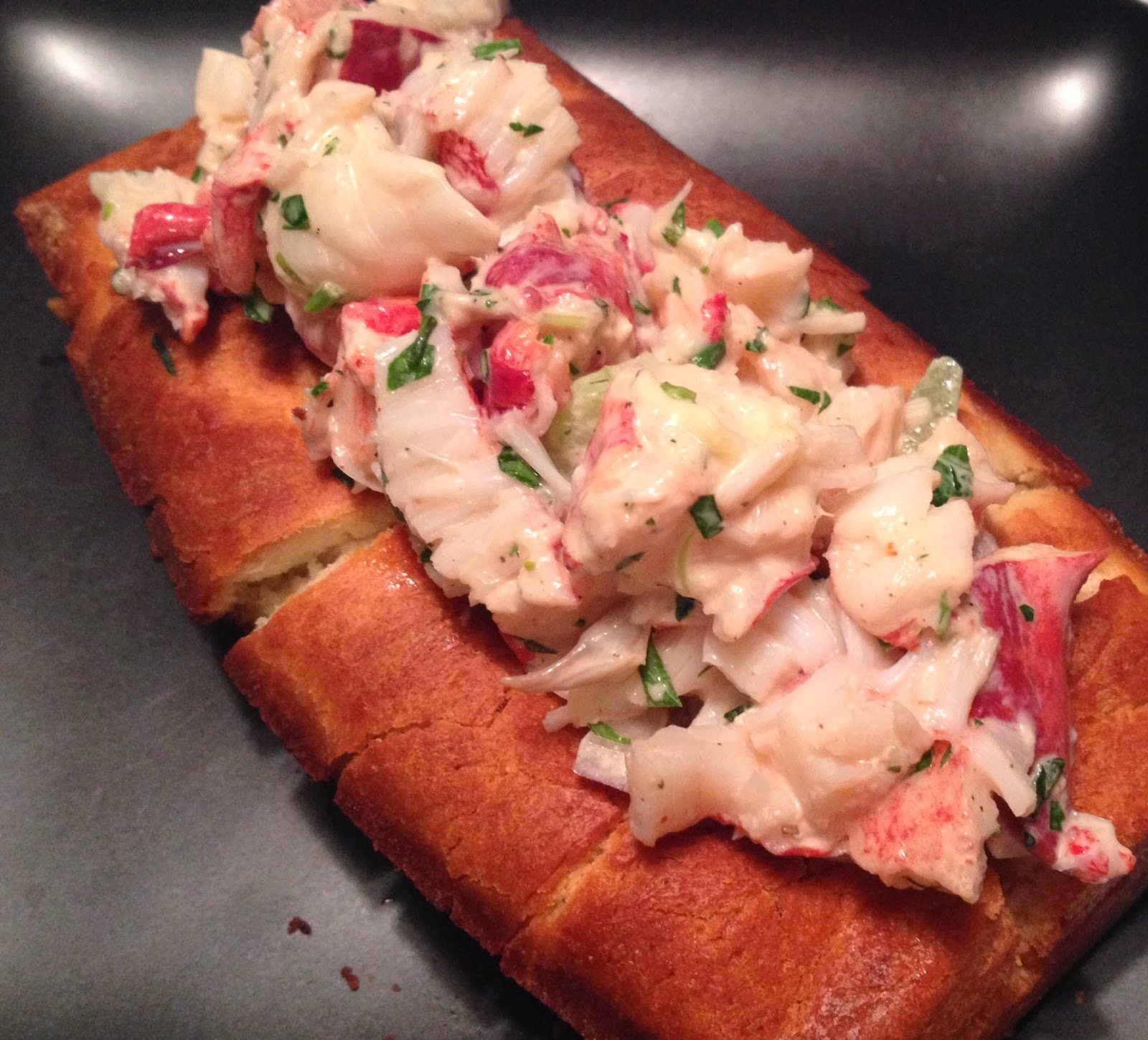