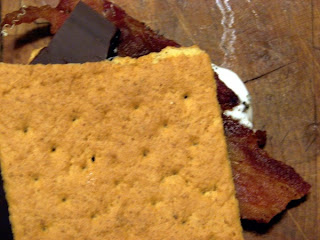 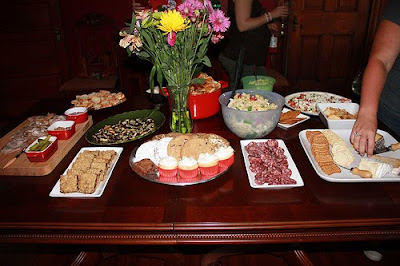 Here's a picture of our spread.

The food was awesome (even the meat corn!), as was the company. We drank beers and played washers. We talked and laughed lots. I truly have the greatest friends.

We were having so much fun that I actually forgot to get the bellini popsicles out! Oh well, their loss. They were pretty damn tasty. I enjoyed eating them all myself, though I did share them with Jerad.

Since you can really taste the booze in these, I think freezing them in ice cube trays (with fancy little wooded picks) is the best way to go. I think larger pops would just be too much for this recipe. 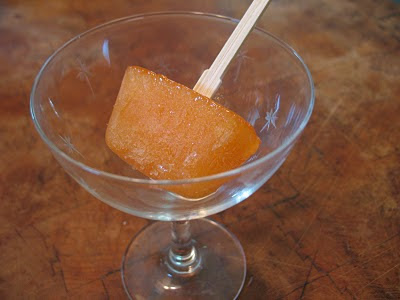