Eating & Drinking Our Way Across Missouri

Here's a quick recap of my two-day trip to Kansas City.

On the way to KC on Monday, we stopped in Columbia, MO, for some Shakespeare's Pizza...pepperoni, artichoke hearts, and pepper cheese...my favorite Shake's pie! 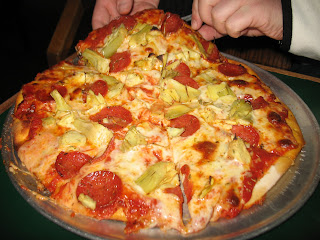 We also had a beer at Sycamore, where we were enticed by their sign out front proclaiming they had the "best/largest craft beer list in town." We had a nice chat with Sanford, one of the owners, and decided to come in for dinner on Wednesday. I was anxious to try the food after noticing that their chef, Mike Odette, was recently a semifinalist nominee for a James Beard award. 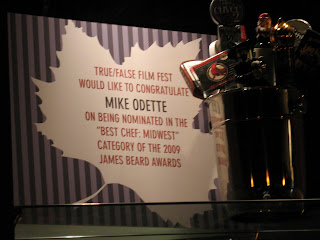 (On Wednesday, after a beer and some "chokes & cheese" at Flatbranch Brewing, we went back to Sycamore for dinner. We tried a few of their small plates...the country-style pate, mussels, fried oysters, and gnocchi with roasted squash. And a few glasses of a delish dry rose. Oh, and the chocolate graham torte with toasted house-made marshmallows & two shots of espresso for dessert.)

Once we got to Kansas City, we checked into our room at Chateau Avalon, a huge bed & breakfast with themed rooms. We stayed in the Presidential Suite...the bedroom (with a large, sunk-in jacuzzi tub) is hidden behind a secret door in the bookshelves. 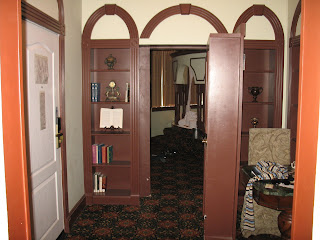 Monday night, we checked out McCoy's Public House for dinner (mac-n-cheese with peas & bacon!) and micro-brews, followed by a few beers at The Foundry & Kelly's Westport Inn.

On Tuesday, we began the day with coffee at Broadway Roasting Company, then smoothies & free wifi at Westport Coffeehouse as we planned the rest of our day. 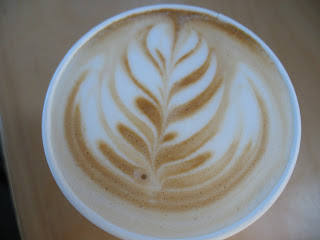 We decided to have BBQ at LC's, a placed described as "the best of the best". The smell of smoked meat hits you as soon as you open the door...that's because they pull meat out of the smoker right after you order. Amazing. We tried the burnt ends, ribs, and house-cut french fries (which, I'm told, are fried in lard). It was fabulous food. 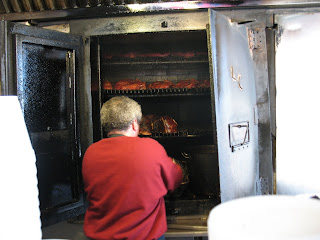 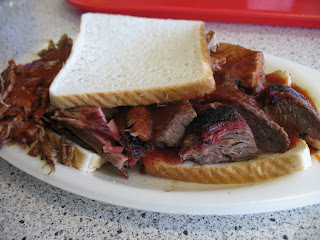 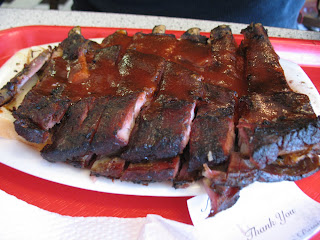 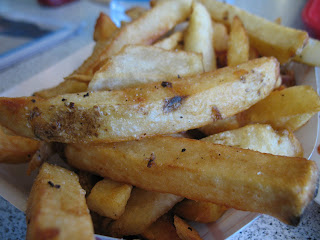 With our bellies full and trying not to give into a meat coma, we spent the afternoon at Boulevard Brewing, our whole reason for going to KC in the first place. John Bryan, one of the bigwigs, showed us around the brewery and let us sample some of the Smokestack Series beers. 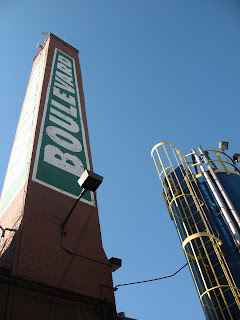 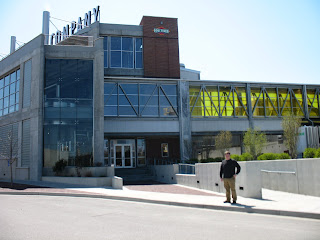 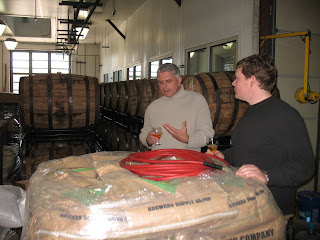 On John's recommendation, we headed to Harry's Country Club next to check out the beer list. While there, we struck up a conversation with the couple sitting next to us, Charlie and Betty. Nice people. 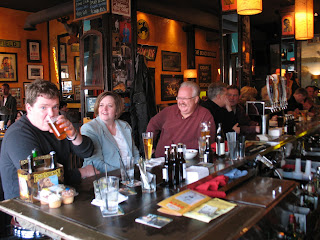 Our final beer joint stop was Grinder's, a place we'd heard great things about. I was impressed that, for the most part, their kitchen is right behind the bar. It consists of a flattop grill, a few pizza oven, and a small work area...where they were hand-rolling pizza dough. 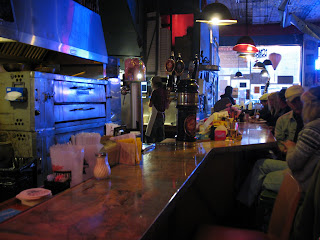 Jerad ordered some of the "f'ing hot death sauce" wings, and the bartender was all, "Are you sure? Would you like to try the sauce first?" She brought over a small cup of the sauce with a toothpick in it. Instead of using the pick, though, Jerad stuck his finger into the sauce and then into his mouth. This is the result, tears & all:

It was, apparently, pretty f'ing hot.

All in all, we had a good time eating & drinking our way across Missouri.
at 1:10 PM
Labels: drinking, eating, video

Looks like you had a good time. We are headed to KC in June to finalize the adoption...and Steve is already talking about BBQ. I'll have to show him your post. :)