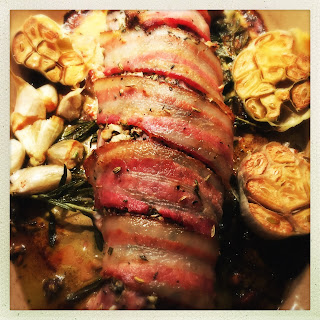 Hey there. I can't believe I haven't posted since last July! To be honest, I'm still not cooking all that much...and when I do cook, I just make simple favorites. Lots of pasta, potstickers, and roasted chicken around here.

So, what have I been doing with my time? Well, I'm knitting A LOT. Since Christmas I've made 50 pink hats for the Pussyhat Project. I sent a few to Washington DC for the women's march, I sold some (and used the money to buy more yarn), and gave many away to friends.

I dismantled my guest bedroom (since I haven't had houseguests in like seven years) and turned it into my knitting room. I redecorated with new curtains, artwork & a desk, filled two dressers with yarn, and organized all my needles and notions. I love it in there.

In December, I retired from teaching cooking classes. After 8 years, it was time; I wanted my weekends back. I still think about food all the time, though. I still pin numerous recipes to try and continuously watch cooking shows like Chef's Table and The Mind of a Chef.

I did make a nice dinner not long ago, a bacon-wrapped pork loin roasted with garlic and rosemary...and it was pretty tasty. Why don't I do that more often? ;-) 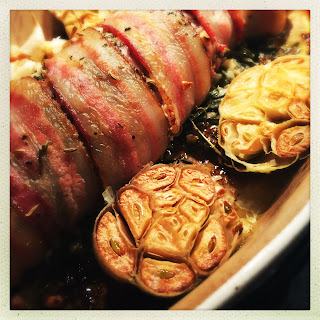 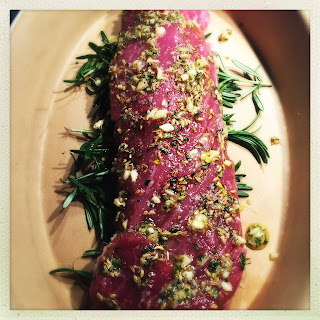